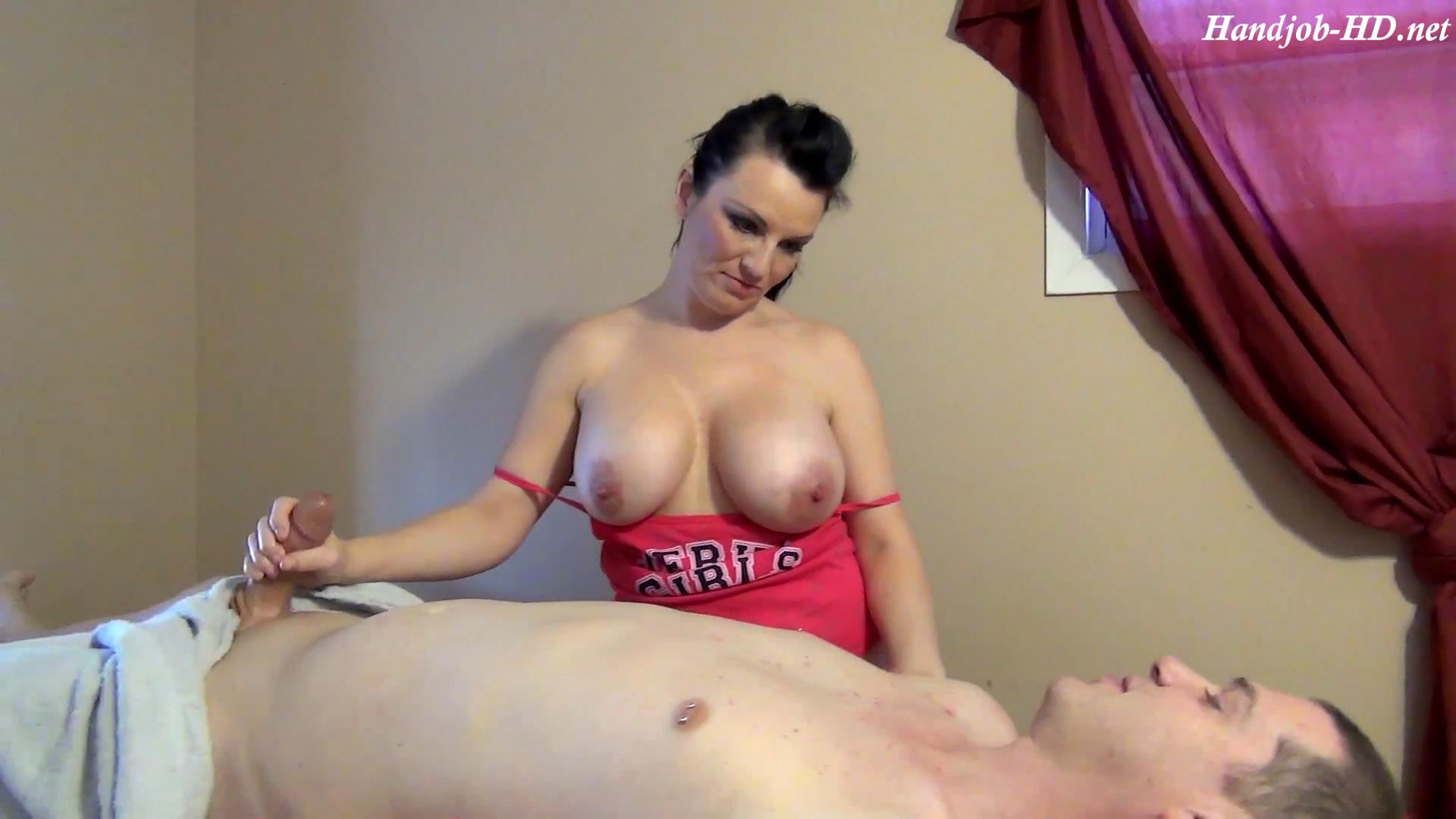 It’s Bottomless Thursdays again at The Jerky Girls Massage Parlor….and this boy has skipped school, to pay a visit. He requested a MILF….but when his attendant enters the room….he gets the shock of his life!! As it turns out…..the exotic MILF “Esmeralda” that he requested….is actually his own Step-Mother, Stacy!!! The two are equally horrified when they see each other!! Angry at Her Step-Son for not being in school….Stacy tells him that they cannot abort the Rub ‘N’ Tug……because if he leaves now….She may get fired!!! They decide to go ahead with the awkward Happy Ending Massage. Since it’s Bottomless Thursday….Stacy is required to Facesit the customer….so She straddles Her Step-Son…..and She is surprised that he eagerly laps at Her Cunt!! Stacy climbs down, and decides to Punish Her truant Step-Son by making him pay Her an extra $50 to Oil up Her Giant Tits!! Drew agrees….and Stacy oils up….and the site of his Step-Moms Big Tits glistening while She Jerks his cock is too much for him to withstand…and he cums quickly and easily for his Dad’s Wife!! Stacy administers more Punishment, in the form of excruciating post orgasm torture…making him squirm…squeal like a pig…and beg for Her to stop. Stacy finally lets him go….making him promise never to tell his Father that She is jerking Cocks during the daytime, while he is at work. 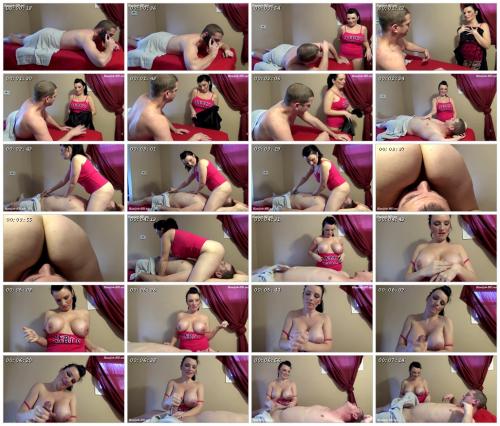