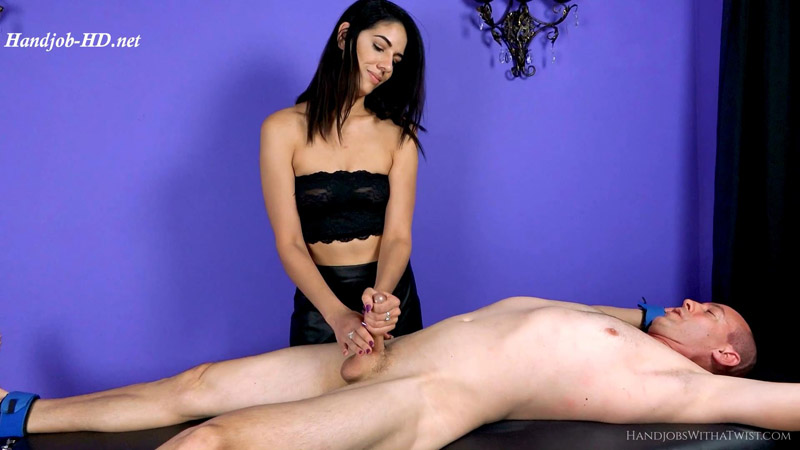 Dick is naked and bound to the torture table, and Tall hottie Mistress Tempted is going to put poor Dick through the ringer! She starts off by using her nails to tickle Dick all over his naked vulnerable body. She attacks his underarms, sides, ribs belly and feet. Dick laughs and squirms against the restraints but can’t do anything to escape Tempted’s tickle torture. After a few minutes, Tempted then decides she’s going to give Dick a little pleasure. She lubes up his cock and uses her incredibly soft hands to stroke him. The feeling of Tempted’s soft hand gliding up and down his cock finally causes him to explode with a BIG cumshot! But that’s where the second round of Dick’s torture happens.Because as soon as he’s fully drained, Tempted keeps stroking and aggressively teasing his now super sensitive cock head. She administers post orgasm torture for over 2 minutes and it’s excruciating for Dick! But Tempted does not care one bit and even smiles sadistically while doing it! 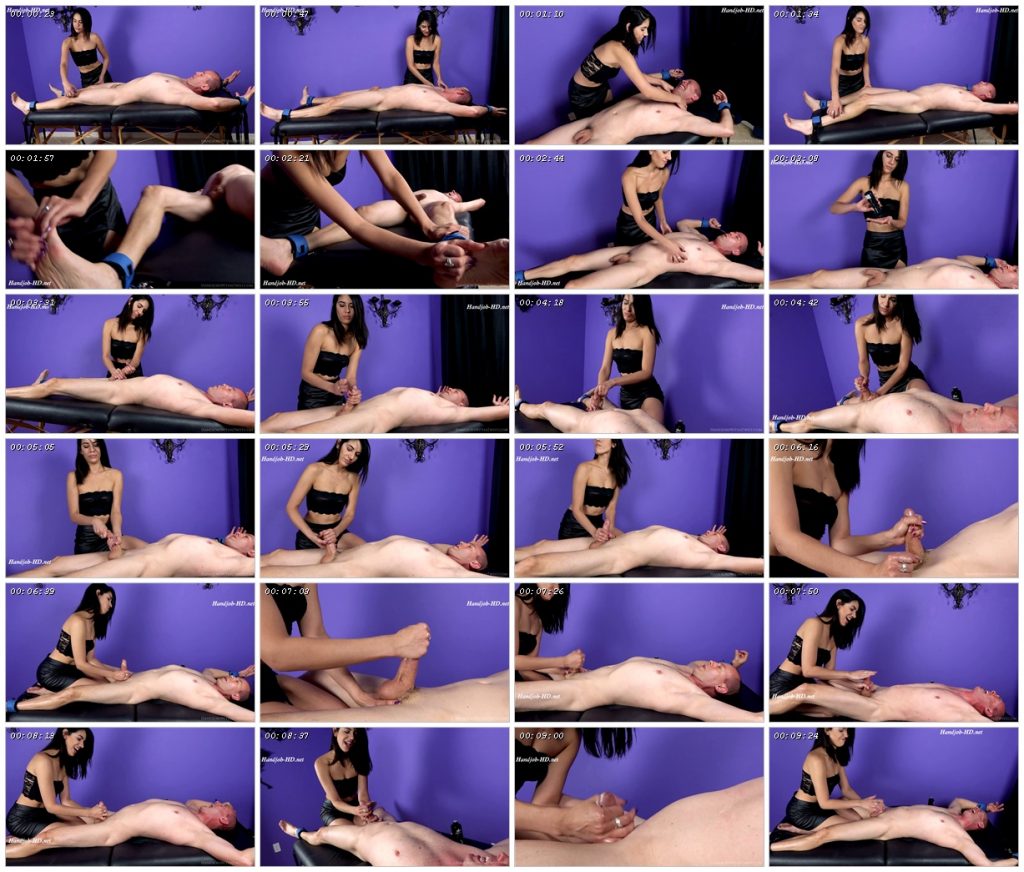