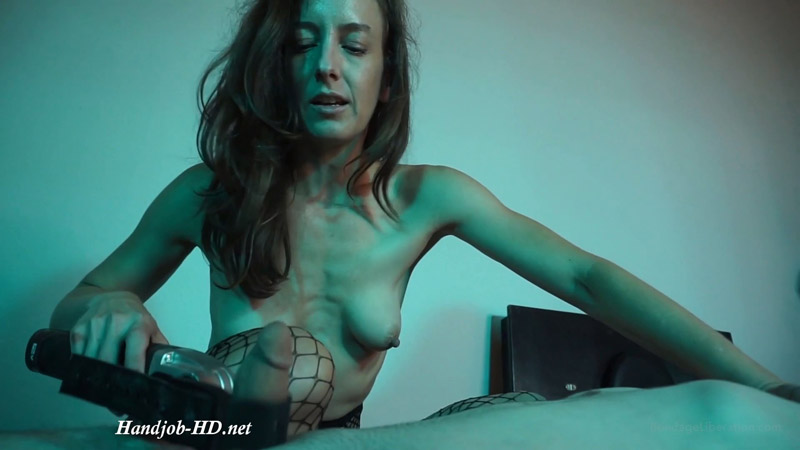 Elise is in a blue mood and is looking for a way to cheer herself up. She knows that making Dart Tech suffer will probably be just the pick me up that she is looking for, so she securely ties him to the bondage bed in red rope. It is evident that Dart is going to need a gag to muffle his screams, as Elise is hell bent on tickling him repeatedly. But this is not enough. Elise then ties Dart’s balls and pulls them to the ceiling, making him create a harsh back bend with little support. Elise takes this opportunity to slide a very spikey acupressure may underneath Dart’s back, so that when she lowers him down, he is now resting on the mat. This mat is sharp! Seeing it as a date with destiny, Elise jumps on Dart’s body and begins toying with him through tickling, teasing, and tormenting him, resulting in a powerful orgasm for each of them. 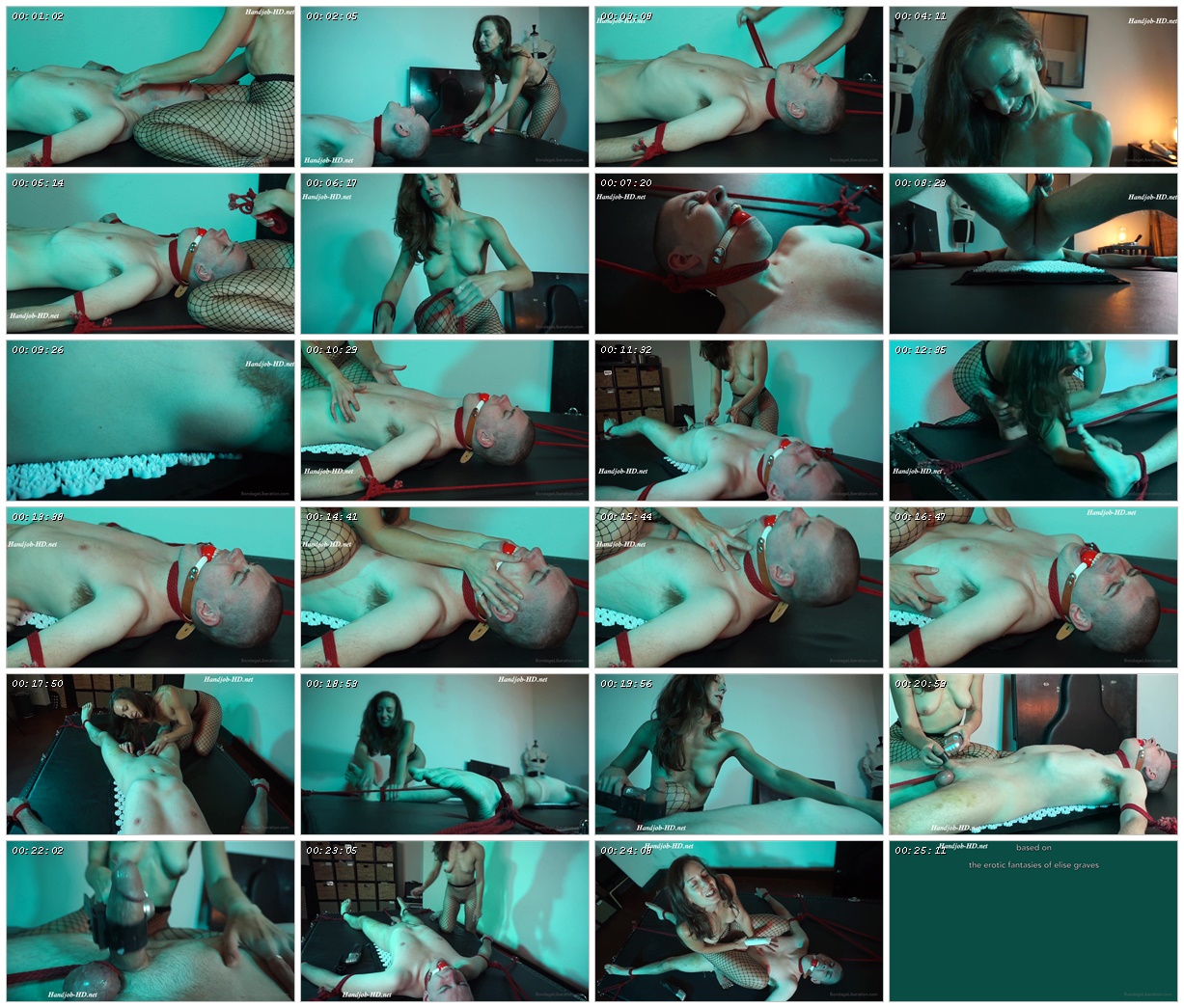