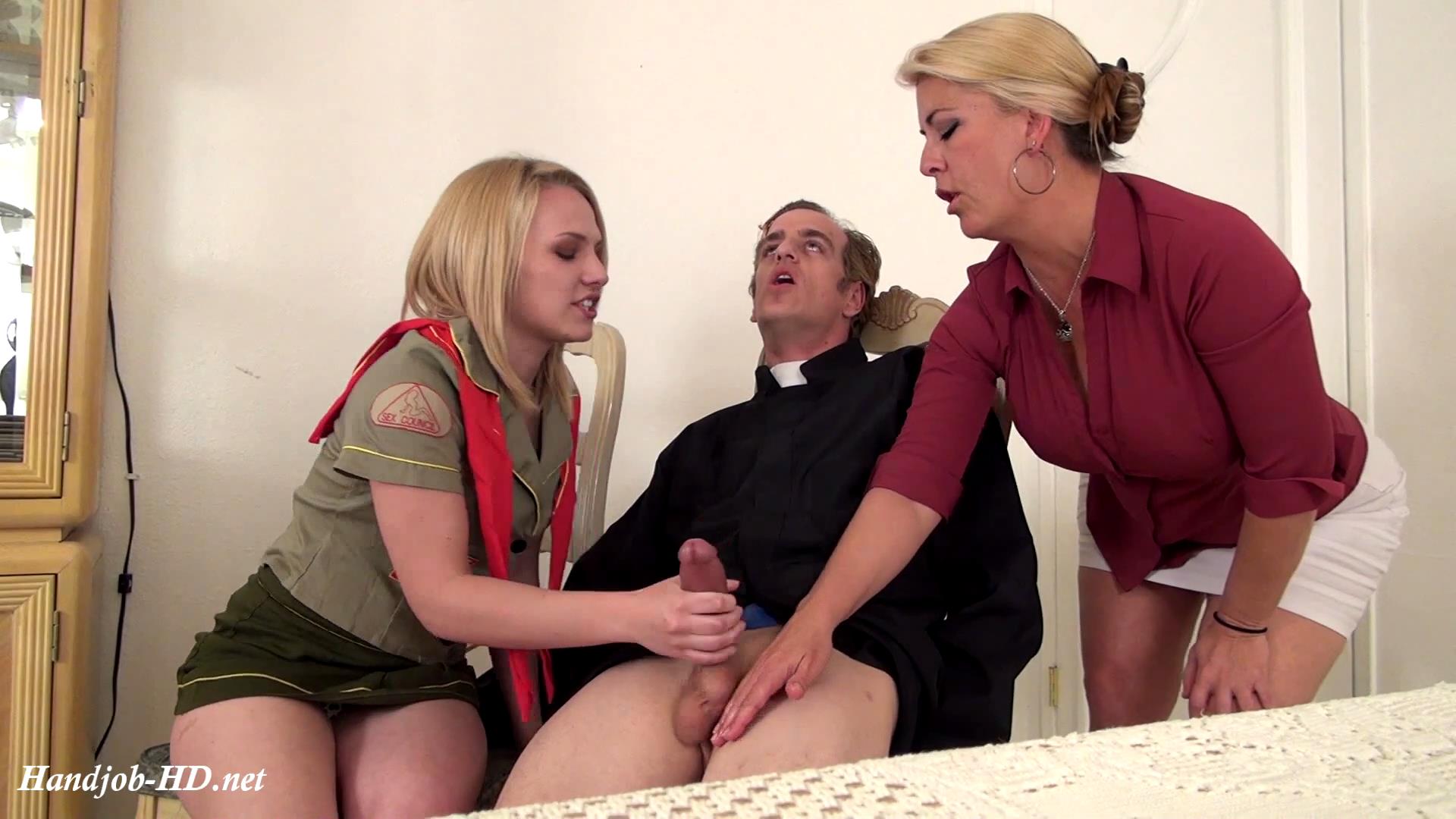 MRS. STONE FINDS OUT THAT HER 18 YEAR OLD DAUGHTER HAS ENGAGED IN VAGINAL INTERCOURSE!!
TO GET HER ON THE “PATH TO REDEMPTION”….MRS. STONE MAKES HER DAUGHTER JERK-OFF FATHER CHAD!!!!

Mrs. Stone is very upset with Her 18 Year Old Daughter, Mallory. Mom has found out that Mallory has engaged in “Vaginal Intercourse” with a boy from Her School!!! Mallory knows that this behaviour is not acceptable. Mrs. Stone brings Mallory to see their Family Priest….Father Chad. Father Chad works with Mrs. Stone to get Mallory on the “Path To Redemption”. Mrs. Stone confirms that when She was Mallory’s age, She was a Jerky Girl….and that Mallory needs to be a Jerky Girl. Father Chad supports Mom’s position…telling Mallory that Vaginal Intercourse, outside of Marriage….is frowned upon in the Church. He goes on to explain that there are certain “loopholes”….meaning that there are certain “acts” that can be performed…that “technically” don’t infringe on Her “Vow Of Chastity”. When Mallory hears that…She immediately stands up and shows Her Sexy, young Bum…and asks Father Chad if the “loopholes” mean that She can let boys stick it in Her Bum!! Mrs. Stone almost has a Heart Attack!!! She immediately makes Father Chad explain to Mallory, that the loophole he is referring to is….Jerking-Off the boys!! To get Mallory on the Path To Redemption ASAP…Mrs. Stone Forces Father Chad to drop his pants….and instructs Mallory to Jerk-Off the Father!!!! Father Chad, of course, is reluctant….but his eyes roll back in his head as soon as he feels Mallory’s young Hands begin to Milk him!! When young Mallory finishes Milking Father Chad….Mom and Mallory administer some of the most Brutal Post Orgasm Torture you have seen to Father Chad!!!! OUCH!!! 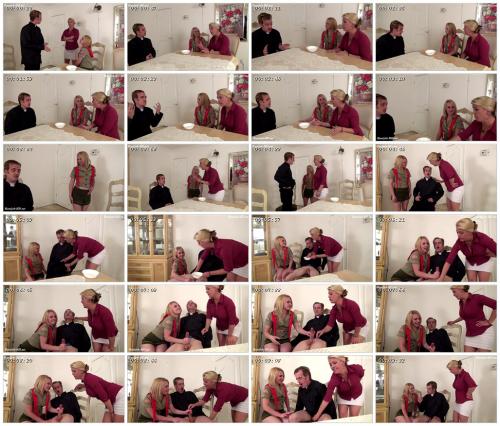