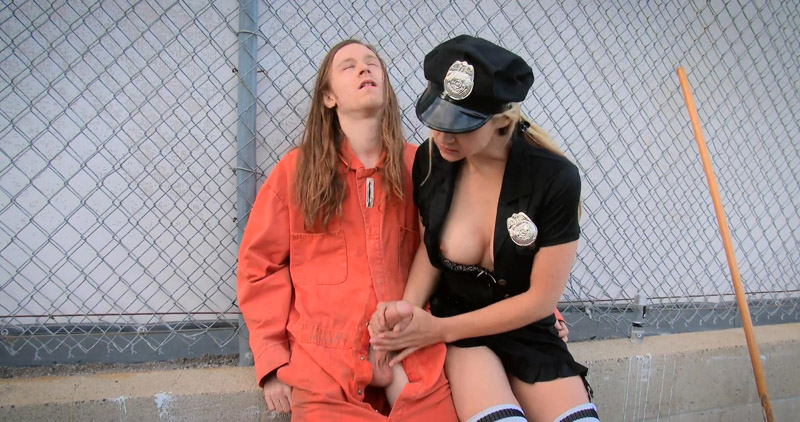 He asks her how he could get an easy release, and she surprises him by saying that she could talk to the parole board, but that she loves her job and the power that is instilled in her uniform, which she then strips off so he can cop a feel, pun intended! (In her own words!) Her early release program is exactly what we all would wish for if we were in his shoes, or in his orange suit, more accurately!

She tells him she’s got a power fetish and that she loves to use her hands, and you can already see where this is gonna go! She puts her thong-clad ass against his cock and commands him to grab her tits! When she whips his dick out, she wastes no time getting handsy and stroking him from the base to the tip. She turns around and jerks his hard dick while he squeezes her titties, and it is so hot! The facial at the end is the icing on the cake! 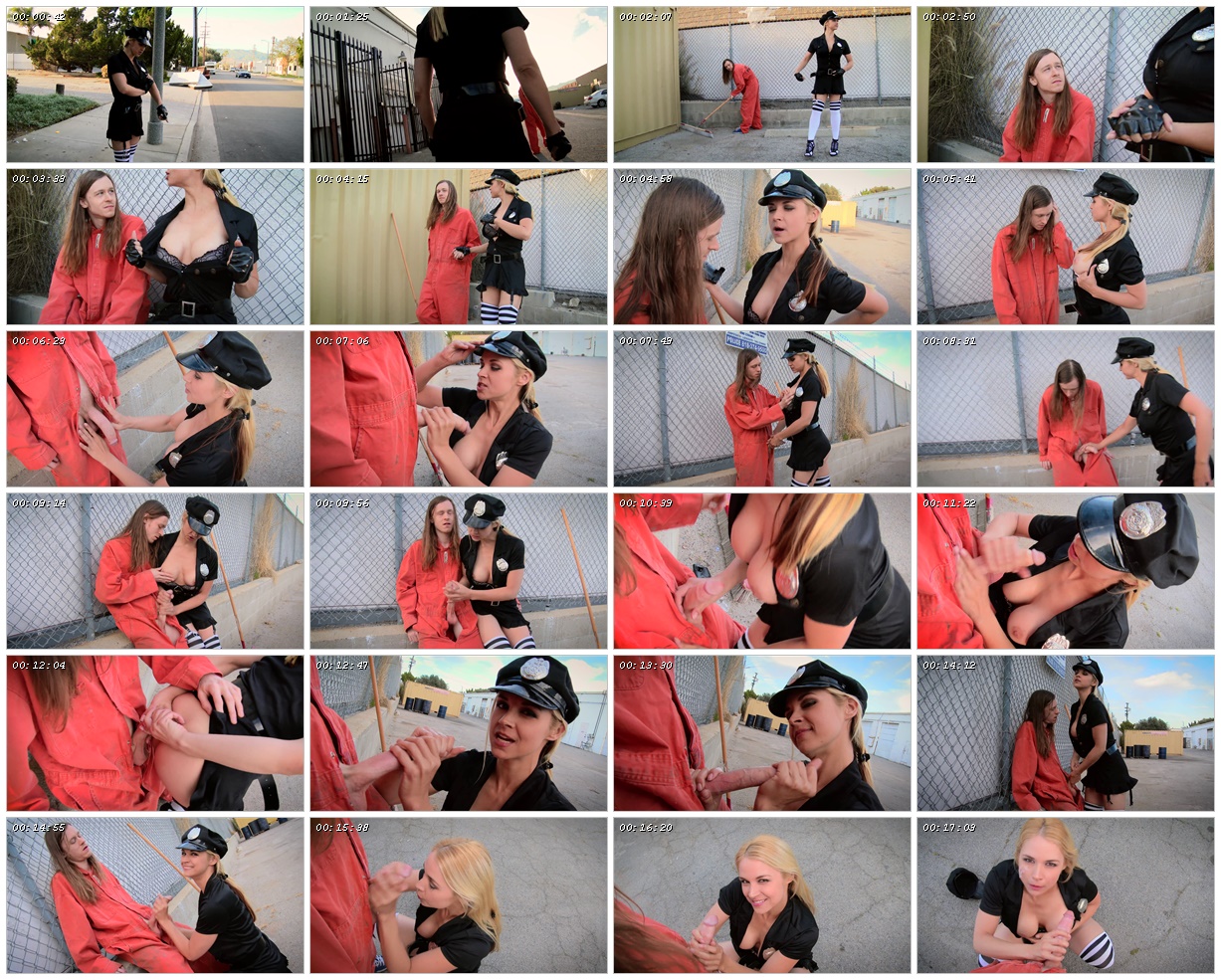 Unfair Dismissal – By Sarah Vandella – The Jerk Off Games

Donating My Sperm To Pay The Rent – Sarah Vandella

Bored brunette gets some dick to jerk off – Public Handjobs