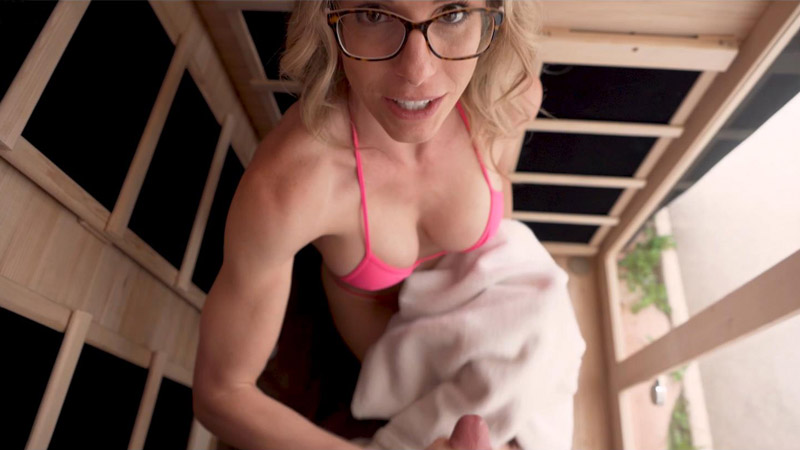 When practice was finally done today Tommy said he was going to stay after to get some more workout time in but that I should head over to his place and uses sauna since it is definitely been helping me feel better and I had been doing better during practice. I had no complaints I was actually hoping that Tommy would stay after so I could go step-son at his place with his sexy step-mom Cory. When I walked through the front door I headed straight to the kitchen and found Cory wearing a sexy pink bikini holding a towel looking like she was about to walk outside. We made some small talk and she said she was getting ready to get in the sauna And I asked if I could join? She said of course and that she would see me out there but as she was starting to walk out the door I asked her if it was still OK that I saw naked like yesterday. She said I could wear whatever I wanted as long as I was comfortable then she turned and walked towards the sauna. I went and put my clothes in the bathroom grabbed a towel and let my raging hard erection lead the way. When I walked in the sauna I noticed cory’s eyes locked straight onto my erection Just like yesterday and just like yesterday I noticed a strange look in her eyes almost like it was lust. We made a little small talk about this and that and I noticed her eyes kept darting down To my erection. we both agreed that tommy Would probably be home soon And it probably wouldn’t look good with me sitting in the sauna with his step-mother naked and with an erection. I asked her if I could take care of it like I did yesterday and she said of course and offered me some of her sauna oil to help get things going. I tried taking care of myself for several minutes and of course I could have finished it anytime but I held out wanted to see how far this would go. She reminded me a couple times that Tommy would be home any minute and I told her I understood that but I had a problem where sometimes I could last for a long time. She got a panicked and nervous look on her face and ask what we should do, I told her I didn’t know but I didn’t want her step-son seen as like this. She was hesitant but offered the idea that maybe she could help me finish, I played stupid and asked her what she meant? She told me that she would use her hand to get me off and I told her if she thought that would be the best and quickest way to do things then I was fine with it. For the next couple minutes my best friends sexy bikini clad step-mother vigorously stroked my erection In their sauna until I had the massive orgasm and nearly collapsed. She told Maine that she would bleach the towel we used to catch my nut so I didn’t have to worry about that but I probably should head inside and get changed before Tommy got home. I told her I would be over tomorrow for another song assessor and she said she was looking forward to it winked at mr and I left. I can’t wait for next time! 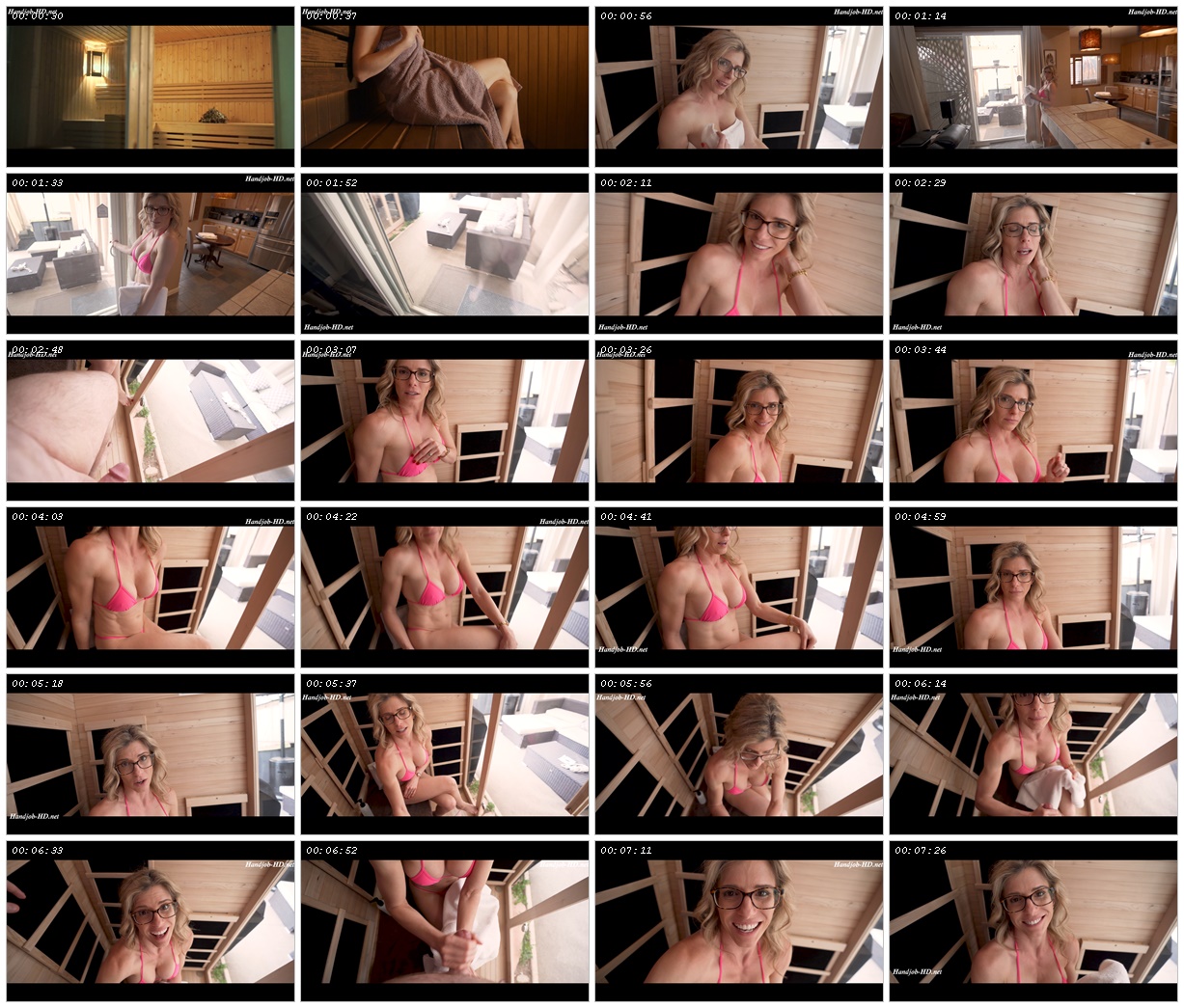 Cory Chase in Making Up with Mom – Jerky Wives