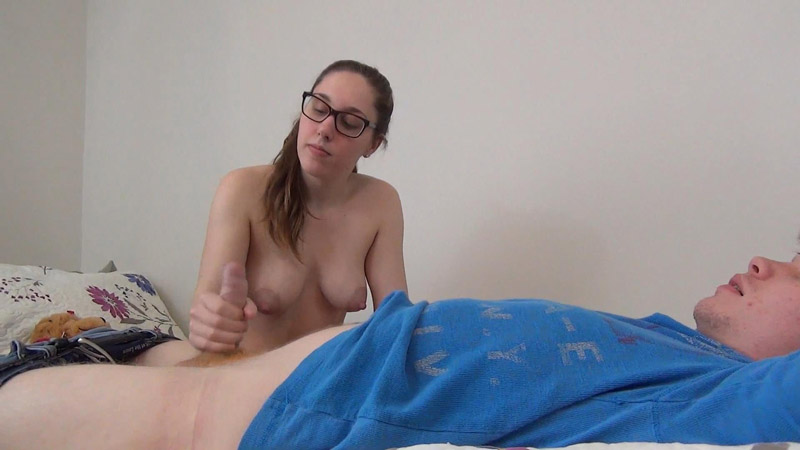 Dear Diary, My friends and I decided to go to the beach today and I was in my room putting on some sun block. I couldn’t reach my back, so I called for Sasha to come and help me. Apparently, she wasn’t home… so I called Josh to help me. Josh reluctantly agreed to rub some lotion on my back. After he applied some cream… I took off my Bikini top, and asked him to continue. He questioned why I took my top off… and I explained that the beach we were going to had a topless area… and I didn’t want to get tan lines. Josh understood, and kept going. When I turned around at one point… I could see that Josh had a bulge in his jeans!!! I grabbed it… and laughed at him!!! I could see that he was really embarrassed. I’m not sure if he was embarrassed for getting an erection from looking at his own Step-Sister… or because I had called him on it and made a big deal of it. Either way though… he was embarrassed!!! The first thing that ran through my mind was… what would Step-Mom think if she saw Josh leaving my bedroom with a big boner???!! Not wanting to find out what Step-Mom’s reaction might be… I offered to give him a “hand” with his “situation”. To be honest… I was pretty much just thinking of ways to make it “go away” lol Josh was not sure about being masturbated by his Step-Sister… but he was so frazzled that he agreed to let me give him a handjob. As I jerked his cock and played with his balls… I got the sense that his balls were particularly full! I’m not saying I’m an expert on male genitals, by any means… especially at my age… but I just had the feeling that he seemed “full”. Josh was staring at my Boobs as I stroked him… and it was obvious that he was enjoying it. My gut feeling turned out to be true!!! As I jerked his cock hard… Josh began to breathe really heavy… he started to twitch… he wrenched his body forward… and then he went into spasm!!! Josh shot cum like a rocket!!! His cum went all the way up to my ceiling!!! I never knew that a boy could shoot like that!! Josh was completely spent. I’m not sure whether to be “flattered” that he came like that for me… or worried about “why” he exploded like that in the hand of his own Step-Sister!!!! Lexy. 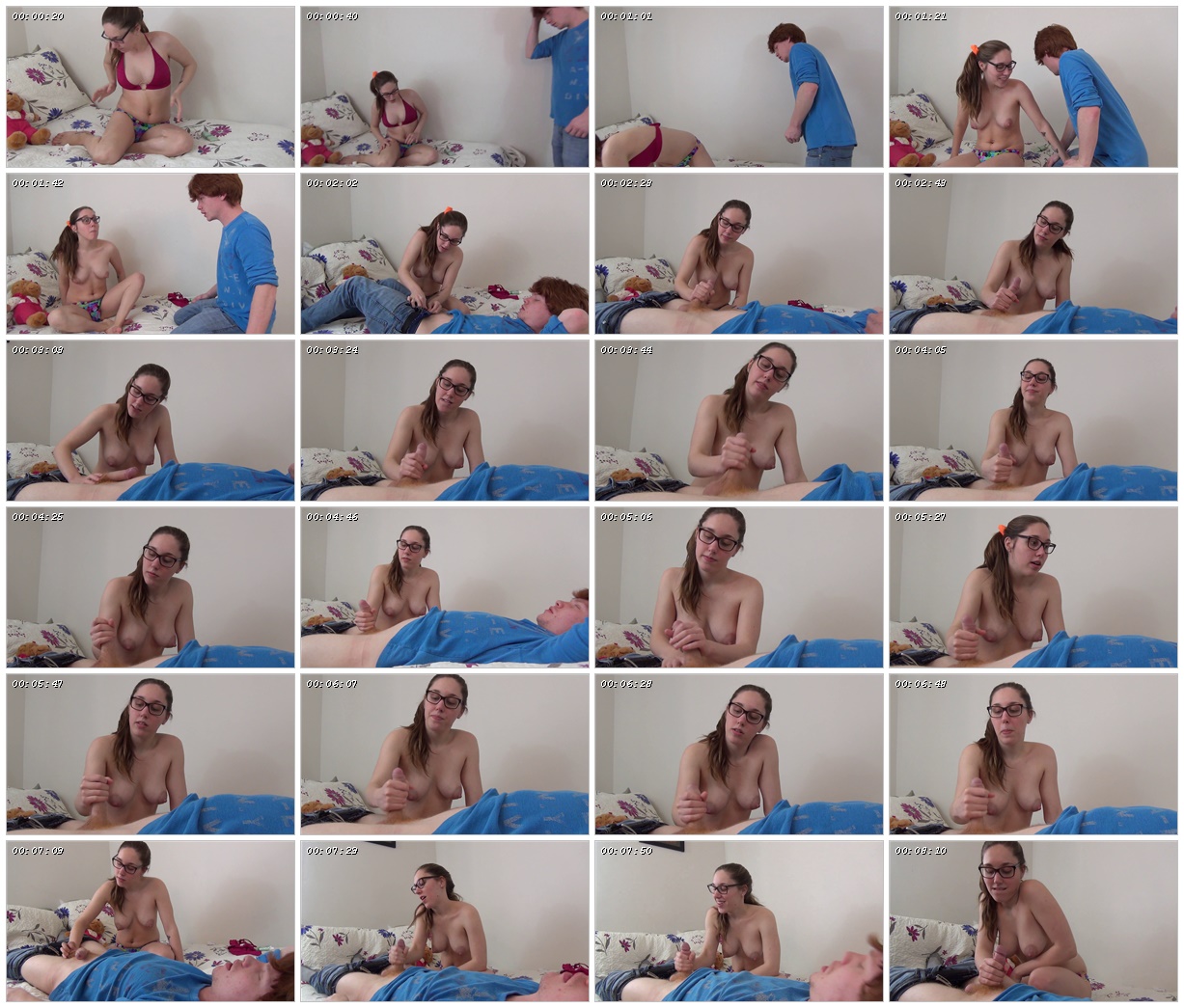