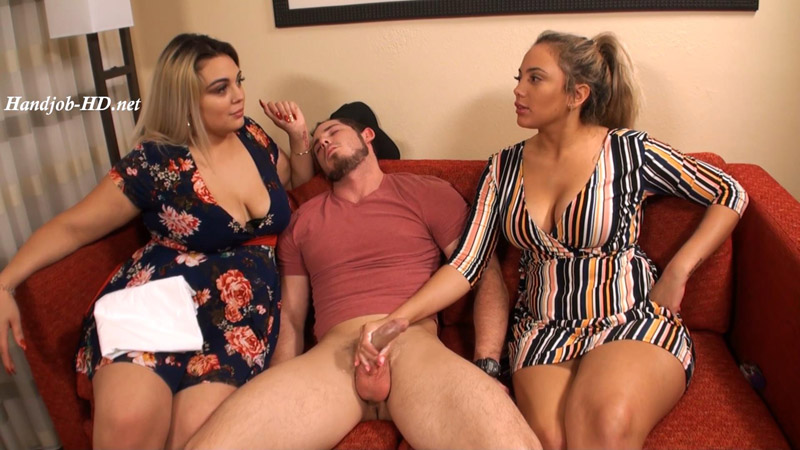 The Venom sisters are standing around discussing a rash of missing persons at their school. Nika is trying to figure out how they do it and she thinks it’s with a blanket. Scarlett has their doubts. They call in a student and ask for his help with the project. Nika agrees to give him a reward if he cooperates. They practice grabbing him with the blanket and wrapping him up. They do it a few times. Then they decide to see how a cloth would work. They put it on his face and he falls to the couch. They then take off his pants and Nika starts to stroke his dick. They discuss the issue of students disappearing while Nika continues to stroke. Whenever the student comes to, Scarlett puts the cloth back on his face. They continue this until the student wakes up surprised he is about to cum. Scarlett puts the cloth on his face and he shoots his load all over the place. 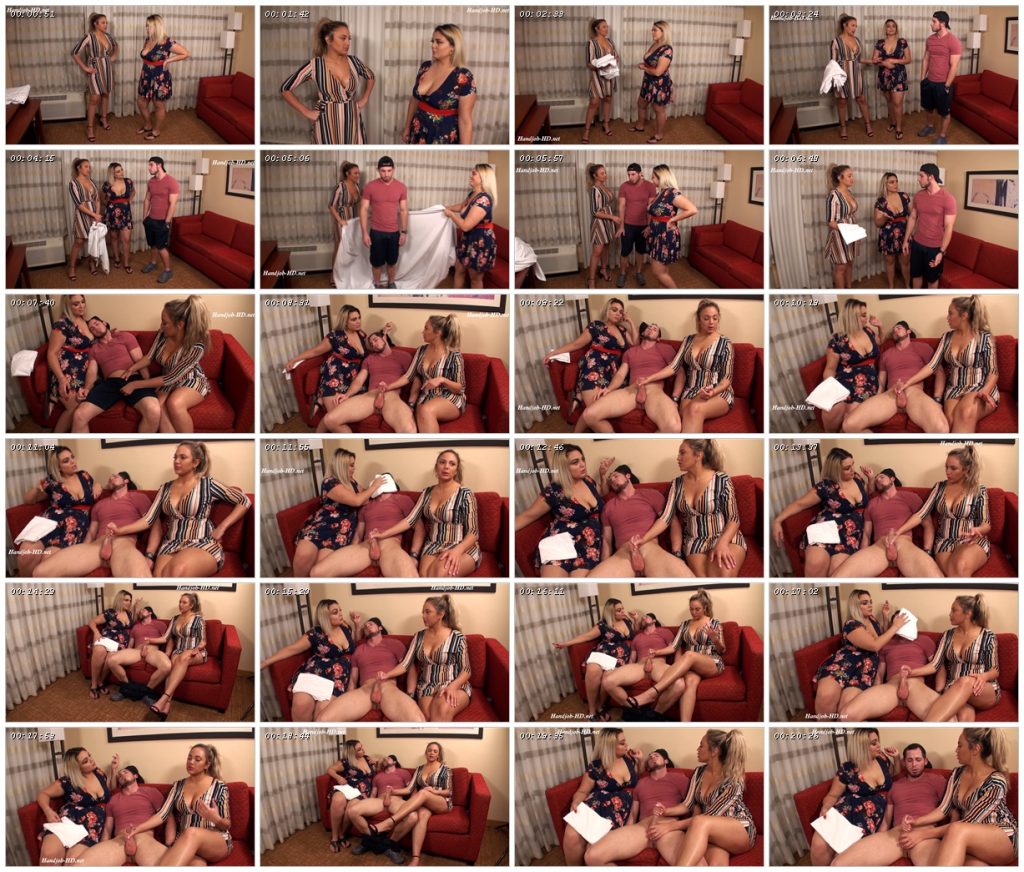