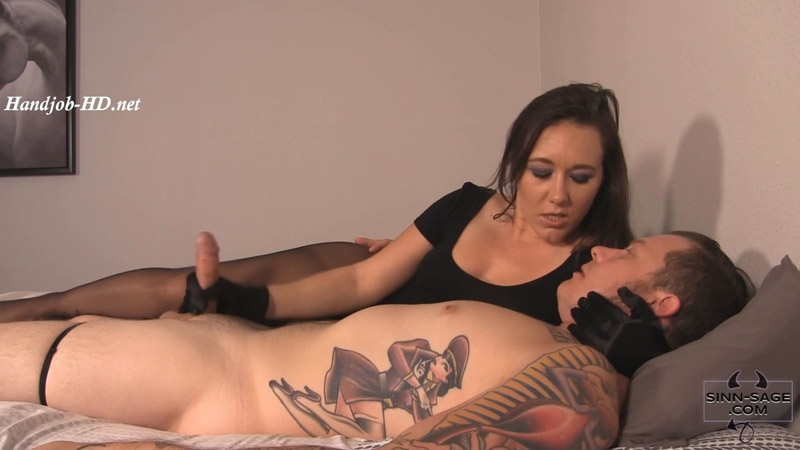 Drake ManO’War is getting ready for bed, washing his face when I sneak up behind him. I’ve already got him held up and I order him out of the bathroom. I point at him and order him to put his arms up in the air, before taking a good look at him and realizing I could really have some fun with him. I order him to drop his pants and he complies. I stalk over to him and inspect this hunk. I run my hands all over his body, squeezing and grabbing his cute butt cheeks. I pull him close and squeeze him, then I command him to touch me. He begins putting his hand on my butt cheeks as well, groping my ass over my shiny pantyhose. I then command Drake to kiss me, and we passionately make out while we grope and grab at each other. After I’ve had my fill of that, I push him back onto the bed. I lie down next to him and run my hands over his body some more, while we kiss as I begin stroking his cock through his speedo with my satin-gloved hand. Once I’ve gotten it nice and hard, I pull it out and begin using my gloved hand to stroke his dick. We make out some more while I continue to stroke him off, until he tells me he’s going to cum. I cover his mouth with my gloved hand and jerk his dick until it erupts cum like a volcano. “Did you like that?” I ask, and he nods his approval through my hand covering his mouth. I remind him not to tell anyone that I was here, before spraying him with a little something that puts him right into lullaby-land. I quietly tuck him in before leaving into the night. 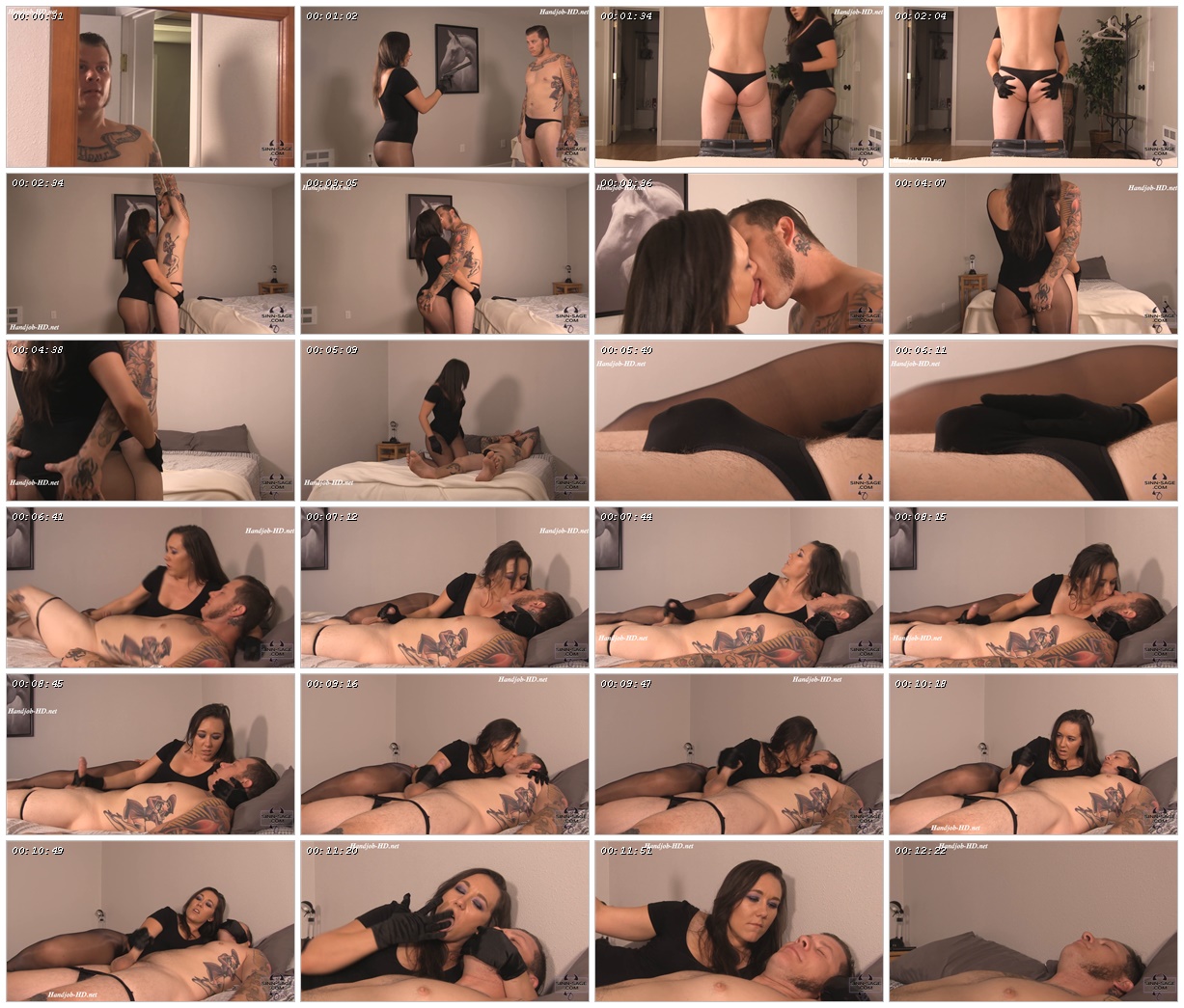 She Gets Results – Sinn Sage