Seductive spy Star Nine knocks on the door to her target’s compound. She’s dragged in by his bodyguard and roughly patted down. She says that she’s a stripper for the boss as she arches up against the bodyguard, He blocks her against the wall and they kiss. He falls right into her trap as she sticks her hand down his pants, getting him hard in his underwear.

His defenses down, she gets him out of his clothes and handcuffs him to a heavy bookcase. With the guard out of the way, she enters the boss’ office. He’s startled at first, but doesn’t he recognize her from the club? She seductively strips naked and asks him to let her take care of him, they can have more fun after.

Star removes his tie and teasingly blindfolds him with it. She pulls his shirt down to his wrist and ties them in it. Teasing his cock, getting him fully aroused, Star stops to take some pictures of important documents before dropping to her knees and expertly jerking him off to completion. 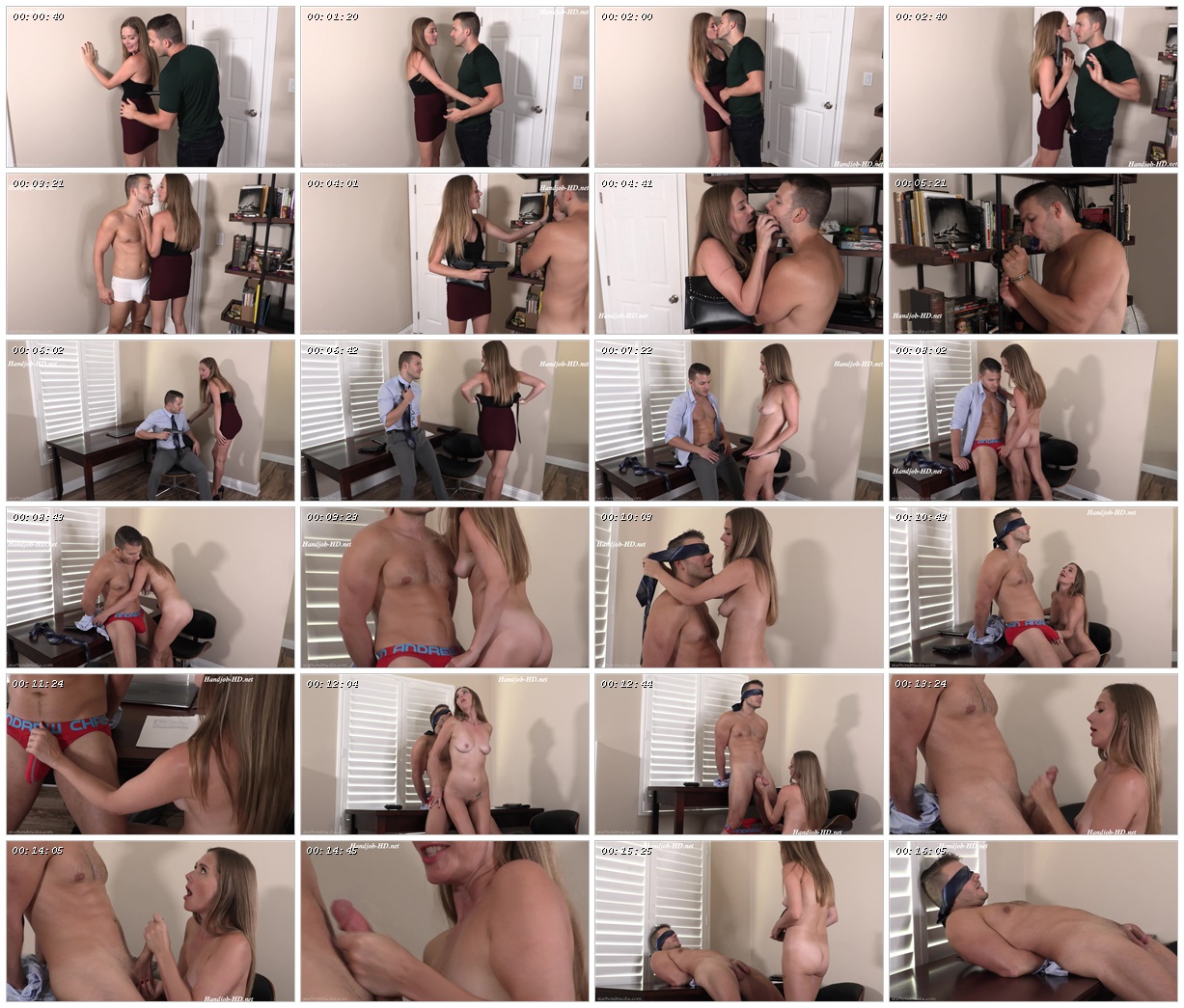