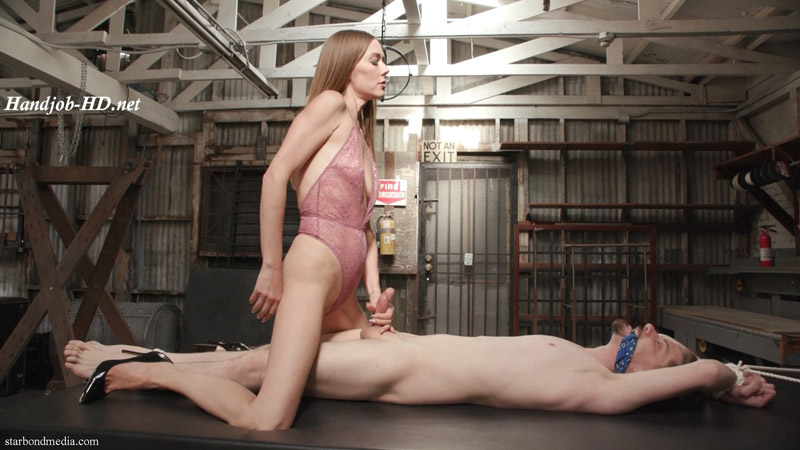 Burglar Sam Solo sneaks in to rob my warehouse. Later, he finds himself stripped and cleavegagged in standing bondage, rope bound to a pole. Confronting him, I know he’s after my pendant, but I want to know who hired him. I will release him if confesses, but will continue interrogating until answered. His hard cock tells me he must love being helplessly bound by a beautiful woman. My long fingernails caress his hard dick before turning around and ass grinding. Unenthusiastic to talk, I leave him to his bound struggling, which he manages to escape. After untying bondage, he touches his hard member. Wishing he could have cum with me, he stoically continues his mission, but I catch him again. 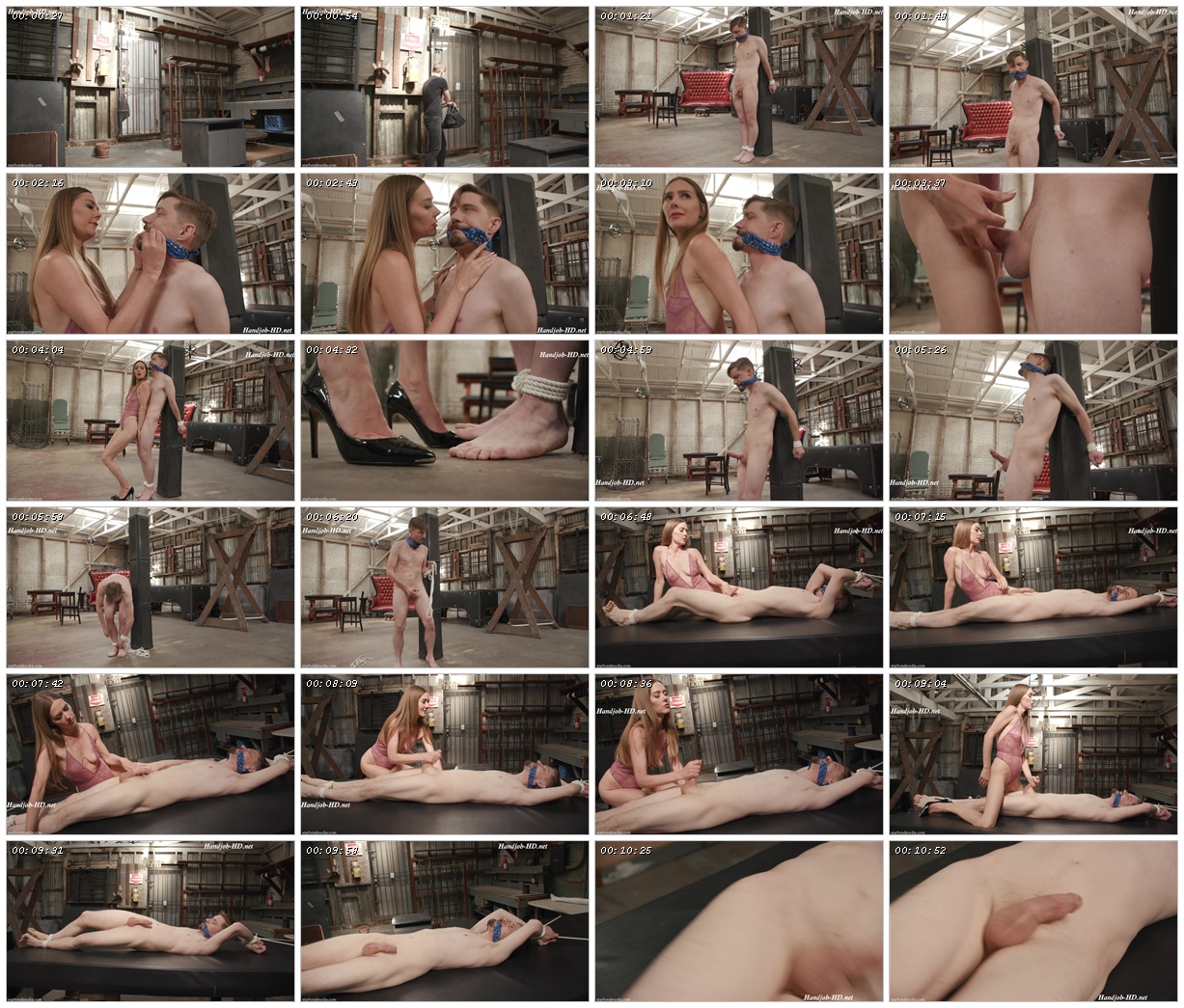