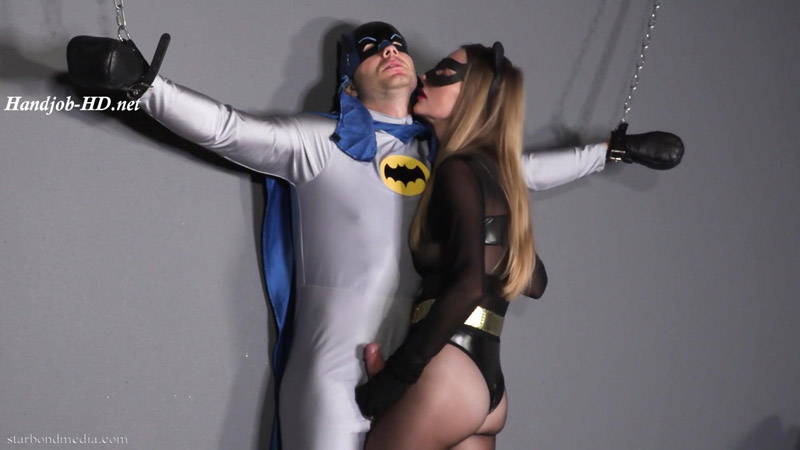 Catwoman has Batman chained up in her lair. She’s always been curious about what he’s packing under his utility belt. Batman growls as she pulls down his panties exposing his semi-erect cock. Catwoman teases him, squeezing his erection between her nylon thighs, rubbing up against him. He’s her favorite plaything with his hard body and resistant attitude. She wraps her gloves around his cock, pulling his gaze back to her as he looks away – it’s important to always keep your eyes on your opponent. Batman’s will gets weaker as Catwoman toys with him until he eventually breaks, begging her to make him cum. Game over. Catwoman leaves him chained up, hard & broken. 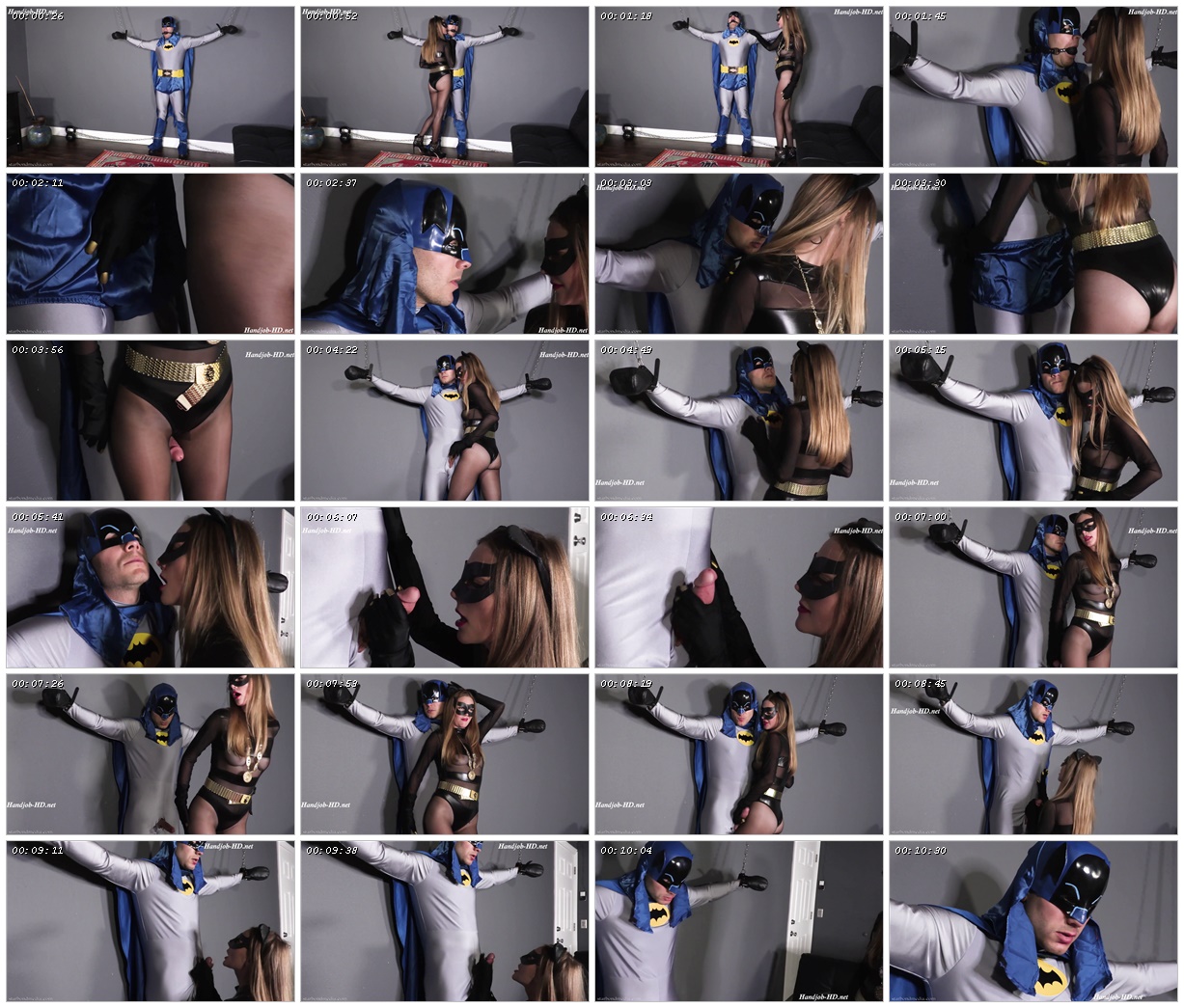